To the Four Winds 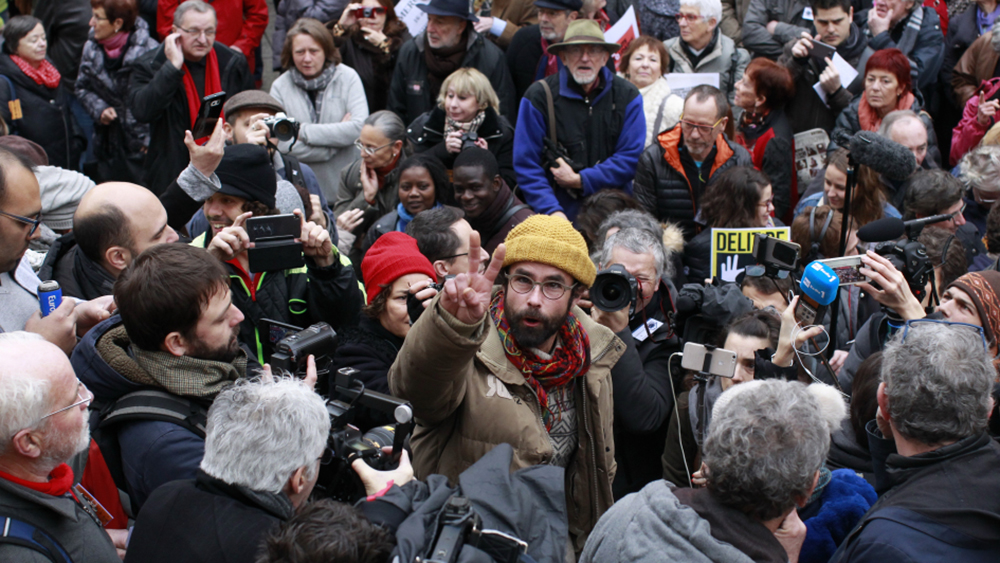 During the most recent refugee crisis in Europe, the Roya Valley on the border between Italy and France is flooded by refugees traveling to seek asylum. A farmer by the name of Cédric Herrou decides to offer the asylum seekers shelter and help them cross the border. He recruits volunteers and fights with the local authorities who are trying to keep the people out, even though his actions make his farm lose money and put his own freedom in jeopardy.

Over two years, To the Four Winds follows this activist smuggler in his attempts to ease the migrants´ plight. The result is a portrait of a group of modern heroes who want to show that Europe is more than its strict immigration policies. We see Herrou’s crowded backyard, and follow him on his journeys across the border into France or on his way to court. At the same time, the rebellious farmer talks about his motivation and experiences, with the soundtrack weaving together the action scenes and interviews.

“Herrou is at the center of a very hot-button issue and is unafraid to confront those in power." - The Hollywood Reporter

“Original in both form and tone, Libre (To The Four Winds) is a gesture of resistance which reminds us that the only response to the drama that affects refugees is humanity." - Festival de Cannes