We Are The Radical Monarchs →
← The New Corporation 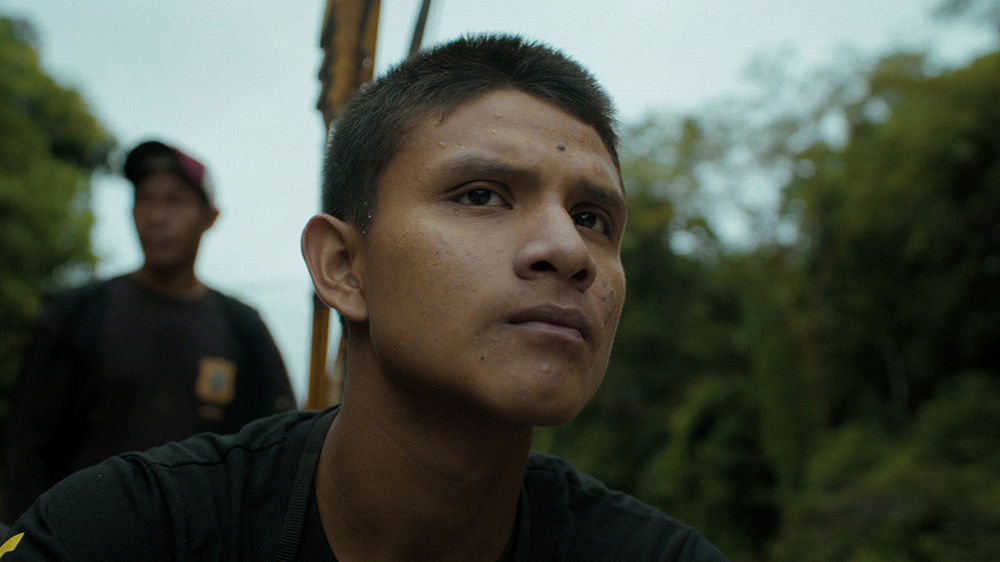 When a network of Brazilian farmers attempts to colonize and destroy a protected area of the Amazon rainforest, young Indigenous leaders Bitaté and Ari must fight back in defense of the land.

The Indigenous Uru-eu-wau-wau people have seen their population dwindle and their culture threatened since first coming into contact with non-Natives. They have faced illegal incursions from destructive logging and mining operations, and, most recently, land-grabbing invasions spurred on by ecocidal far-right president Jair Bolsonaro. As deforestation and climate disruption are escalating, the stakes of their struggle have become global.

With unprecedented access, awe-inspiring cinematography, and co-produced by the Uru-eu-wau-wau community, The Territory drops the audience into the center of this conflict. Bitaté, Ari and their mentor Neidinha risk their lives daily to defend the forest and a livable future for all of us.

When Covid hit, Tangae Uru-eu-wau-wau took over filming from director Alex Pritz to prevent spreading the virus to the community. Documenting deforestation, gathering evidence of injustice and preserving the tribe’s language and culture, Tangae´s images offer a glimpse of an “indigenous way of seeing” (Bitaté). That makes The Territory a fascinatingly unique film that will surely move audiences worldwide.

“...a beautiful film, and certainly an enraging one.” - Vox

“...an urgent call to action” - Cinemacy

With Brazilian general elections coming up on October 2nd, and the Amazon forest close to collapse (deforestation was up 64 percent in the first three months of 2022), The Territory is now more urgent than ever. If the Amazon dies, we die. Those who kill it, kill us.

If you can support initiatives to get rid of Bolsonaro (financially or otherwise), we urge you to please do so. If he gets reelected or stages a coup and establishes another dictatorship, we´re finished. Let´s help Brazilians make sure that doesn´t happen.