Spears from All Sides 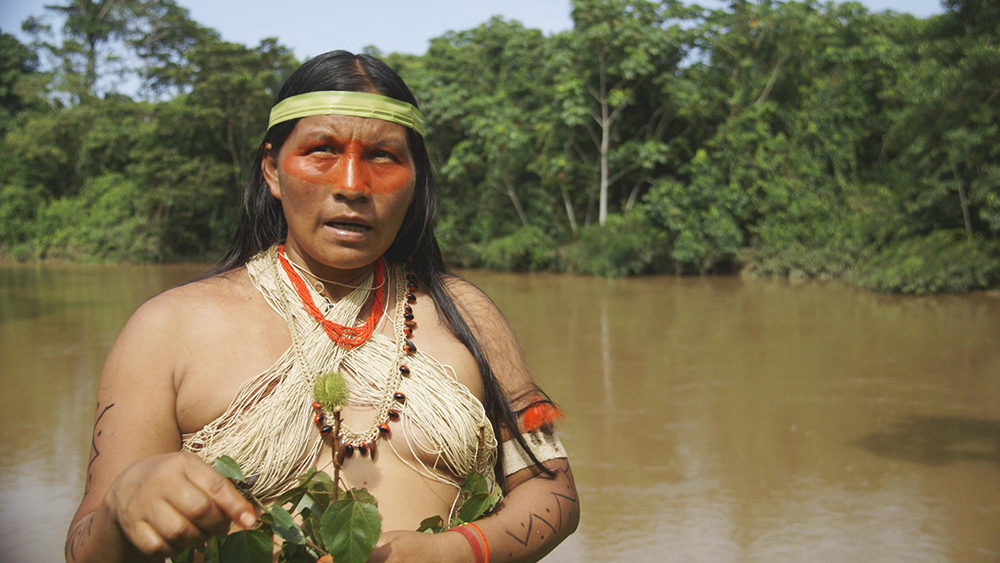 Since the arrival of the Spanish conquistadors, the Waorani tribe, have defended their Amazon rainforest with spears. In the 1950’s missionaries from the USA cleared the way for oil companies to enter Waorani lands. Now 70% of Ecuador’s Amazon, home to some 12 tribes, has been divided into oil blocks, polluting the most bio diverse rainforest of the planet, thought to contain more species per acre than any where else on earth. Only one small tribe, the Waorani, have successfully fought to keep oil off most of their land.

25 years ago, director Christopher Walker was the first filmmaker to tell the story of the fight against Big Oil in the Amazon basin of Ecuador. His film “Trinkets and Beads” won many major prizes and was shortlisted for an Academy Award Nomination. The documentary publicized the Waorani’s struggle around the world, and was instrumental in gaining support for the subsequent moratorium on oil drilling in the Yasuni National Park.

In 2013 Ecuador's President Correa announced an end to the moratorium and opened the park - and Waorani lands - to oil drilling once again. Extensive drilling in Ecuador is not only further destroying the forest and the livelihoods of local people, but also continues the dangerous global addiction to oil - contributing to further global heating. Nowhere in the world are the battle lines on climate breakdown and indigenous rights more sharply drawn than in the Amazon - where any destruction affects the entire planet.

At the end of 2014, Walker returned to Ecuador to see if the Waorani could still win their fight against big oil. Filming over three years, up to the imminent auction of Waorani oil block 22. Spears from All Sides follows the young, charismatic Waorani activist Opi as he tells the dramatic story of a vehement, community based resistance by tribal communities in one of the most remote and beautiful areas of the world. It reveals the duplicity of the Ecuadorean government and the oil companies in their attempts to defeat the Waorani at all costs, including the cooption and subsequent betrayal of the former Waorani leader Moi - the hero of the previous film. Out of disaster, Opi sees a possibility of hope - regaining their autonomy which they lost with the arrival of the missionaries 60 years ago.

Spears from All Sides, besides being a gripping story following action and events as they unfold, demonstrates the complex battles at the frontlines of climate breakdown which we rarely are able to see on film. Christopher Walker reveals the progress of this new oil invasion from the intimate perspective of the Waorani people. Moving from the deep Amazon rainforest to Washington D.C. and back, Spears from All Sides is a dramatic story of deception, brutality, betrayal, and in the end hope.

“Powerful, memorable; the story of the Waorani tribe is is happening in real time. Spears from All Sides’ [shows that] environmental justice is social justice are intertwined; a win for the environment is a win for the people who depend on it.” - Afterimage