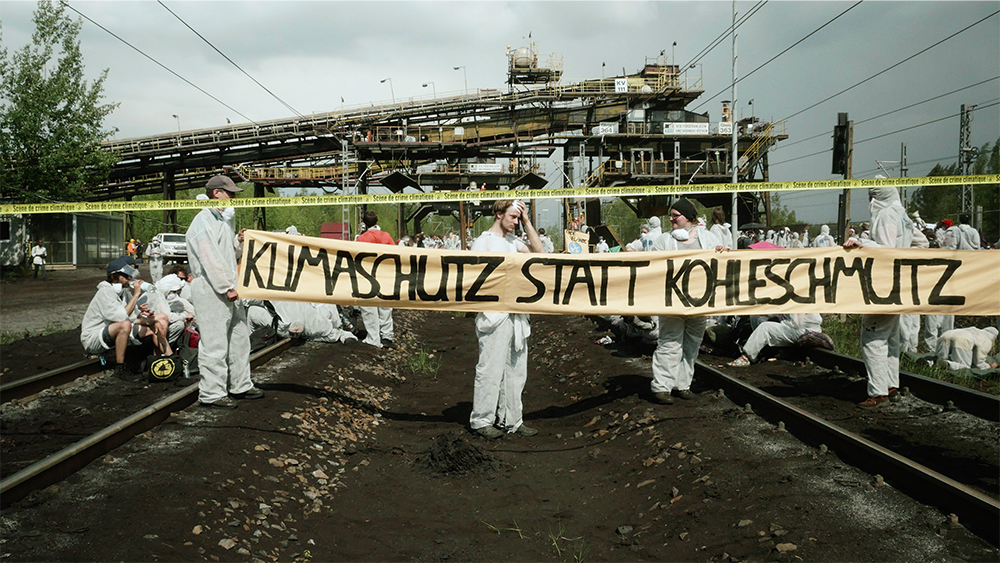 Oliver Ressler´s film on Ende Gelände, part of his series "Everything's coming together while everything's falling apart", focuses on a massive civil disobedience action at the Lusatia coal pits (near Berlin) in 2016. 4.000 activists entered an open-cast mine, blocking the loading station and the rail connection to a coal-fired power plant. The blockades disrupted the coal supply and forced the Swedish proprietor Vattenfall to shut the power station down. The action was part of an international “global escalation” against the fossil fuel industry, calling on the world to “Break Free from Fossil Fuels” and putting that imperative directly into practice.