A Story of Women, War and Freedom
Austrian premiere! 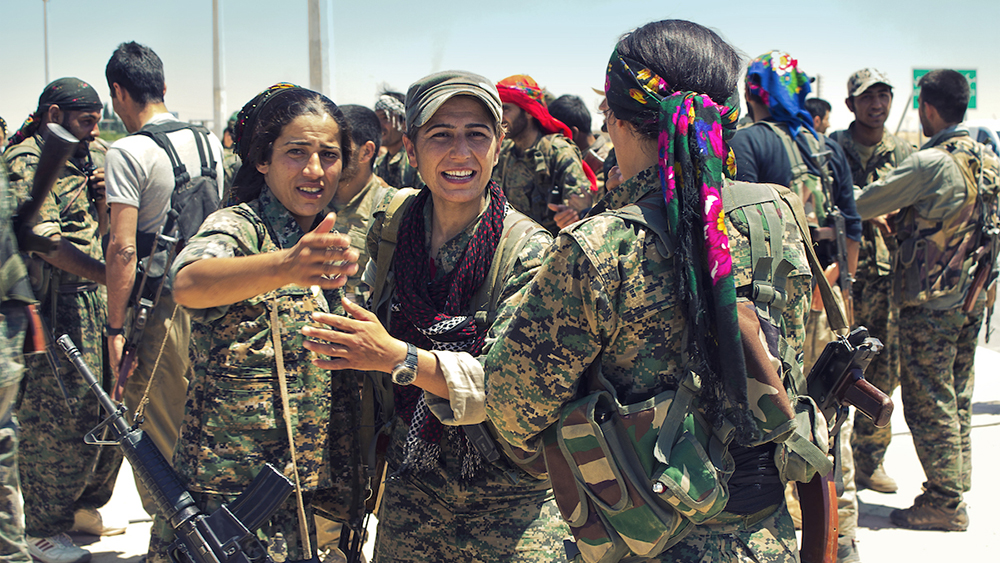 On the front line of the Syrian war, 30-year-old Kurdish YPJ Commander Arian guides a female battalion towards the city of Kobane to release its people from the grip of ISIS, in Alba Sotorra's empowering tale of emancipation and freedom.

When the war in Syria started, a group of women from the Kurdish resistance assembled the Women's Protection Unit (YPJ). Arian, who witnessed at a young age the nefarious treatment of sexual assault victims, leads the unit and dedicates her life to battling ISIS. As the YPJ inches closer to their target, she implores her comrades to discover the true meaning of their fight: freedom for the next generation of women.

With unquestioned access to the commander and her troops, including delicate scenes of her recovering from multiple bullet wounds, Alba Sotorra brilliantly crafts an enthralling portrait of a woman on a mission.

"Inspirational in all the right ways." - Toronto Star

“This isn’t just a war story: Sotorra catches some wonderful human moments between Arian and her comrades in arms, which helps to break up the tense battle footage.”- Now Toronto

"Without romanticism, Commander Arian is also an anti-war plea about a battle waged for freedom, and not greed." - El Mundo